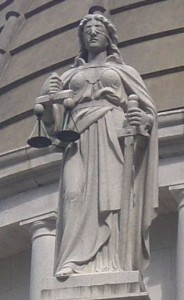 Rockets and F-16s have stopped flying over Gaza and Israel, but the propaganda war continues. Netanyahu recently said “Hamas is ISIS, ISIS is Hamas”. Israeli spokesmen have routinely asserted that Israel holds the moral high-ground even when confronted with outcomes and policies that bring this into question. For instance, the bombing of homes and killing entire families to assassinate a single Hamas operative would be morally unjustifiable unless faced with an imminent threat. Yet Israeli forces have done this repeatedly. Criticism of the Israeli administration’s conduct in Operation Protective Edge has been muted, except in the most egregious instances. I suspect this is partly because too many fear being branded “Hamas supporters”. And few among us want to be seen as supporters of a party founded by terrorists. Netanyahu and his colleagues in the Likud coalition are ill-placed to claim the moral high ground since they themselves are inheritors of a party founded by terrorists.

The specter of Hamas’ 25 year old charter and the prior actions of its leaders has been raised repeatedly to question the organization’s current stance on negotiations and commitment to compromise. Hamas is a political organization, and like many others it can and has changed its positions over time. Netanyahu’s party, Likud has also modified its positions, but we can say with virtual certainty that if Likud were placed in the same position as Hamas, its behavior would be no different. We know this because we know that when Likud’s founders were looking to gain Palestinian territory, they did indeed turn to terrorism. Likud, like Hamas, was founded by people who used terrorism to further their political goals.

Likud was created in 1973 by Menachem Begin and Yitzhak Shamir among others. It came to power for the first time in 1977, in an election that marked a  dramatic shift from left to right in Israeli politics. So much so, that it is often called “the revolution”. Begin became Prime Minister and Shamir served as Speaker of the Knesset. This was a remarkable change of fortune since for the two, who had been virtual pariahs in Israeli politics.

In the late 1940s, Begin led the Irgun, and Shamir was part of the leadership of the even more extreme splinter group Lehi. During the 1930s and 1940s, the two groups bombed hotels, markets and bus stops, killing hundreds of civilians. They had also targeted British soldiers and policemen. Most notoriously, in 1947, they kidnapped two British seargents. The parents of the two soldiers made personal appeals to Irgun leaders to release their children. Under Begin’s direct orders, both soldiers were hanged. The parallels with Hamas’ abduction of Israeli soldiers is striking.  Lehi, under Shamir, assassinated the UN appointed mediator, Folke Bernadotte in 1948 when it was clear he would recommend the unconditional return of all Palestinian refugees and a re-assessment of the UN partition plan. Bernadotte, by the way, had rescued hundreds, perhaps thousands of Jews from Nazi concentration camps. That’s part of the reason Israel had agreed to his appointment as mediator. The nascent Israeli government branded Lehi a terrorist group and briefly imprisoned all its members. They were pardoned within months.

Lehi and Irgun were also responsible for some of the worst violence during the expulsion of 750,000 Palestinians from what was to become Israel. This included multiple instances where civilian homes were bombed while residents were inside.

On May 22, shortly after Likud’s victory, William Farrell wrote in the New York Times:

“In 1946, the [Irgun] fighters blew up a wing of the King David Hotel in Jerusalem where British Government officials maintained offices, killing 91 persons and injuring at least 100. To this day, Mr. Begin maintains that the casualties were the fault of the British authorities who ignored a telephone warning to abandon the premises. During the fight for Jerusalem in 1948, Mr. Begin‘s band was involved in a battle in the suburban Arab village of Deir Yassin. Two hundred Arabs were killed. Again, he said, a warning to evacuate all non-combatants had been ignored.”

To a modern reader, it is striking that Mr. Begin’s logic on the King David Hotel bombing is indistinguishable from Mr. Netanyahu’s assertions that he bears no responsibility for the deaths of civilians in Gaza, even that of children sleeping in their homes. I would suggest this is not accidental. It is an integral aspect of Likud’s stance, inherited from Begin and Shamir. It permits no introspection on actions deemed necessary to maintain control over the land between the Jordan and the Mediterranean, which Likud’s platform claims is “eternally and indisputably” a part of Israel . In the article, Mr. Farrell continued:

The Word “terrorist” incenses Mr. Begin and he chided newsmen who used the term when asking him about his experiences in the 1940’s… “Freedom Fighter” is the correct description, he insisted.

Mr. Begin’s actions in resisting the British mandate (which Irgun considered an occupation) were not that different from that of the most violent elements in the Palestinian resistance (including Hamas). Yet we can only imagine the howls of protest if we referred to Hamas activists as “freedom fighters”?

To round out the trinity, Ariel Sharon, another leading light of Likud, led the Israeli army unit responsible for the Qibya massacre in 1953. Most notoriously, it was on his watch that the massacres at Sabra and Shatila occured during the disastrous Lebanon war of 1982.

There are few political factions in this conflict whose hands have not been stained with blood. Few whose founding was not infected by vengeance of some form. We do not have to excuse or accept this, but we do have to recognize it to identify reasoning  that smacks of hipocrisy.

We also have to recognize that, like most indigenous people subjected to colonization, the Palestinians have borne the brunt of the suffering in this conflict. Only once we have recognized these facts can we evaluate the actions and statements of Palestinian and Israeli factions.