A Big Storm requires Big Government: The Times editorial page is a bit shrill, but they do have a point. The federal government does have a crucial co-ordination role to play when organizing the response to big natural disasters that can overwhelm local resources. I look at FEMA as a cheap insurance policy. For about 13 billion dollars, FEMA coordinates disaster relief, trains local emergency response units, and funds the upgrade of equipment and infrastructure. For lower income states and communities (most in the south), this can make all the difference in a disaster. This was abundantly clear when Katrina hit.

The tacit belief that all civilian agencies within the federal government are inherently incompetent is ridiculous. There are fine, talented people working for the federal government, and it isn’t clear to me that privatizing those services would improve quality. Anyone who’s worked in a large company knows there’s ample waste and bureaucracy to be found there as well.

Contracting services out, doesn’t seem to do much except support a small group of large federal contractors. Most of these are large firms who’ve had defense businesses for a long time. It’s ironic that the largest of these (Halliburton/Brown & Root) was so closely connected to LBJ, and of all the post-war Democratic presidents, his legacy is what the right in the US has been trying to reverse ever since. One of the unintended consequences of business getting involved in politics. 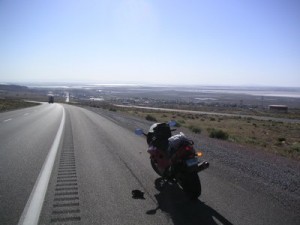 Another week, another lament for bi-partisanship in Congress. Red states, Blue states, Senators from Citibank (variously Delaware or South Dakota), special interests, earmarks, gridlock. There is no end to opinion pieces decrying the extreme narrow-mindedness among our current crop of representatives and candidates. None suggest a meaningful remedy. On the budget and longer-term fiscal challenges, it seems most members of congress have decided they will represent their own narrow interests as vigorously as they can. A desire for fairness and the courage to ask for shared sacrifice, are hard to find, and yet these are the essential ingredients for the tough financial decisions our large and diverse nation will have to make. Most continue to hold out for a solution that inflicts no pain on their team, one where the other side bears all the costs. Yet in their heart of hearts, everyone knows solving our immense challenges will require some sacrifice within their own camps.

I’ve driven across the US a total of seven times. That’s coast-to-coast, usually in excess of 7,000 miles over the course of a summer, generally taking a different route each time. Six of those seven trips were with my parents and brother, on break from school. We drove across Europe once, and the length of India over one 5-month long summer. But, this country was the default option, partly because driving in the USA is so much easier, and no doubt because it was so beautiful. No part of it has every seemed a fly-over state to me.

The very day I arrived in the US to attend university full time, I felt at home, largely due to those trips. When I’d run into a fellow student from Nebraska, I knew the land they were raised on and could say that I too had experienced it. The last of those seven drives across the country was on a motorcycle, solo, the summer after my green card came in the mail (pictures are at www.asianbiker.com). Every spring, without fail, as the weather gets warmer, I think of road-trips, and what they do for my imagination.

Those trips, though the last of them was six years ago, gave me a far better perspective on the country than my many years in New York would suggest. When I hear of South Dakota politics, I don’t think of “Senators from Citibank”. I remember stop-light to stop-light races on motor-bikes and Ford Probes along 41st Street in Sioux Falls, bales of hay drying in the morning dew outside of Mitchell. I think of whether South Dakota’s representatives are trying to do the best they can for the people who sent them to Washington.

Here’s my suggestion to reduce some of the rancor and divide in congress over the budget. Have each congressman or congresswoman pair up with a colleague, someone from a different part of the country, and preferably from the other party. Over the August Congressional break, have them take a 2 week road-trip out to each other’s district as a family vacation. It’ll be an amazing experience for their families, as they see the immense breadth and great beauty of this country and its people anew. They can stop off at a national park, and marvel at the grand vision and great collective financial commitment required to create and maintain our parks and highway system. And see, rather than hear about the differing needs and views of their fellow-countrymen.

The hope is, they’ll come back in September with a different receptiveness to the other side’s argument. Not to mention a new-found appreciation for this great country and a sense of responsibility towards all its people. Perhaps they’ll regain the courage, vision and internal fortitude to ask the American people for shared sacrifice. They might even begin to see merit in the other side’s argument. And maybe, just maybe, they might work diligently to produce a road-map that tackles the immediate and longer-term budget issues facing our country while being fair to all. The reward would be knowing that they had done their part to ensure future generations could see the USA, in all its variety, and furthering in a small way, that elusive goal of creating a more perfect union.