Hint: Most of them have to do with naughty stuff using the Taptic interface. 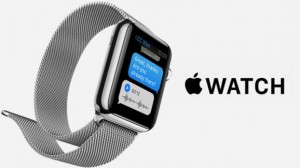 The world is awash with analysis of the Apple Watch. The best round-up is probably Hoodinke’s review from a watch guy’s perspective, Anandtech hasn’t done a teardown, so we don’t know what exactly goes into the guts.

The health applications will drive a lot of people to the device (I’ve held off buying a tracker). Doctors may end up recommending it to track patient health.

But it’s the “Taptic” engine will make or break the watch. Either the world loves it, or we hate it. And I suspect the use cases will be legion. Including:

How cute, Tim Cook thought we’d be sending each other heartbeats. Someone should clue him in, we’re far more creative than that.

As the most cursory political conversation with an Israeli or Palestinian will make clear, past is present in their minds. The “pre-1967 lines”  which conventional wisdom states are the basis for any two state solution in fact gloss over more deep rooted issues. For many Palestinians, including those living outside Israel-Palestine, it is about 1948 and the Nakba. For many Israelis it is about the Shoah and creating a “Jewish refuge”. For a few Israeli Jews it is about 586 BC. There will be no lasting peace in Israel-Palestine that does not account for these sentiments.

That is why Palestinians have always insisted on a “right of return” for their ’48 refugees. This is why Israel has a “Jewish right of return” and the Israeli right has never lost an opportunity to expand settlements in the West Bank or Jerusalem.

This is why the parties winning majorities among the Israeli and Palestinian populations clearly say their goal is to control all the territory of Israel/Palestine. We know this is Hamas’s position (i.e. the “destruction of Israel/Zionist-entity”), but Likud has held this position from the day it was created.  Here’s the relevant excerpt of Likud’s 1977 platform (which brought them into power for the first time):

The right of the Jewish people to the land of Israel is eternal and indisputable and is linked with the right to security and peace; therefore, Judea and Samaria will not be handed to any foreign administration; between the Sea and the Jordan there will only be Israeli sovereignty.

This was 10 years before there was such a thing as Hamas or a “Hamas charter”. The platform then goes on to discuss the paramount importance of building settlements in the West Bank.

Successive Likud governments have continued to appropriate land for settlements and act consistently with this position. The 1,000 acre appropriation last week was consistent with their commitment to use every opportunity to appropriate land in the West Bank. Begin, Shamir, Sharon and now Netanyahu run for elections on a platform of sovereignty between the Jordan and the sea. No Likud leader has told them painful concessions of territory will need to be made. The two-state solution that would be acceptable to the party and its base is a middle-eastern version of San Marino, with Gaza as Monaco perhaps.

Not only is the two-state solution impractical, it is fatally flawed as well. It will leave the right-wing in both Palestine and Israel chafing at territorial concessions neither is willing to accept. This is why there’s been no agreemtn over 40 years of negotiations and no peace will hold between two states.

The “two-state solution” also suffers from a deeper and more insidious flaw. It is unjust to the people of Israel and Palestine. It is unjust towards Palestinians whose families were expelled from Haifa, Lydda, Beersheba and 500 small villages or communities they were intimately connected to. It will be unjust to the 500,000 Israeli settlers living in the West Bank and East Jerusalem who feel deeply, intimately connected to that land.

The only practical solution is a single, secular, democratic state in Israel-Palestine where all are equal under the law.

A single or bi-national state proposal is considered laughably naive by many. There is no dearth of voices who say there is no way for the Christian, Jewish and Muslim communities of Israel-Palestine to live in peace. This prejudice has left Israelis and Palestinians wandering diplomatic deserts for the past 40 years, chasing the mirage of a “two-state peace process”.

Perhaps the time has come to think with greater creativity than the current Israeli and Palestinian leaders can muster and consider a single, secular state in Israel-Palestine. Perhaps it is time to give a Mediterranean culture that includes Jewish, Muslim and Christian elements a chance to exist under a truly secular, non-denominational government.

The beginnings will not be easy, nor will they be painless. Two people who have been told for decades they are enemies will not overnight turn into pleasant neighbors. Yet there is hope for an eventual reconciliation, and it comes from the most unexpected quarters. Rabbi Hanan Schlesinger lives on a Jewish settlement in the West Bank and is part of a dialog group between settlers and their Palestinian neighbors. He was quoted last month in the Israeli daily Haaretz:

When you only live among your own and only know your own narrative, you are naturally very suspicious of the other who is just an intruder and just a thorn in your side and something that doesn’t belong there. But when you open up your heart and you see the other, you begin to see the truth is complex – that my truth is true, but it’s a partial truth and there’s another truth that’s also partial and I have to learn to put them together and make the larger truth. I believe we can do that.

The people of Israel-Palestine will have to choose between these voices and the unyielding rhetoric of Likud and Hamas. We all know, in our hearts, which points the way to a just and lasting peace.