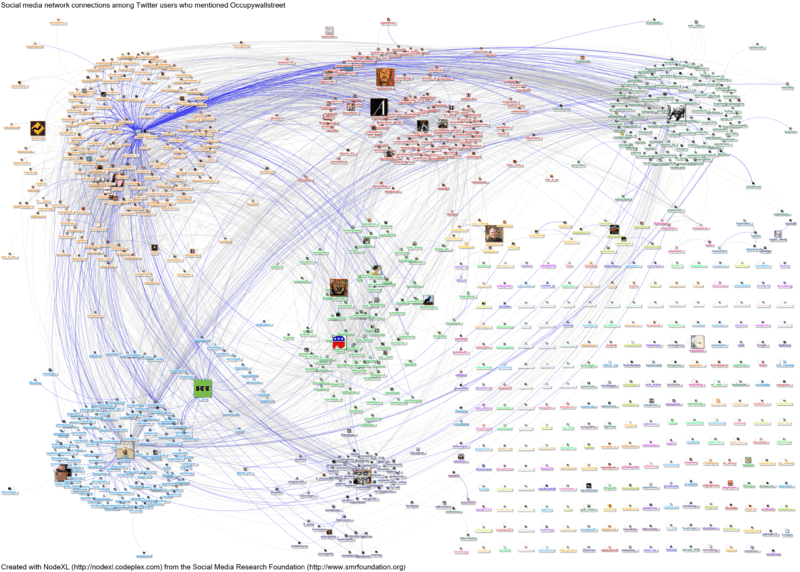 There were multiple notes yesterday discussing variations of the term “low information” and how Internet access impacts the race in different parts of the country. The furore over those comments obscured something that I’d like to discuss.

The distinction in this cycle is not between voters/observers who are less or more informed (as in understanding the issues, the resumes and the candidate’s positions they most care about). It’s about where their information is coming from and how that source amplifies or dampens the anti-establishment sentiment driving this cycle. The significant distinction is between those who are primarily informed by and trust the mainstream media, and those who do not. It’s not just what people consume either, it’s about the medium they are comfortable with and the level of interaction they have with it.

That doesn’t mean the medium is the only factor, or even the primary factor. It’s a big country with a lot of strange wonders in it.

One to Many communication

One person talks, many people listen. This describes most traditional media like newspapers, television and radio. Feedback from the audience is necessarily limited.

The medium’s nature supports the rise of a limited number of voices who accrue an audience (fragmented or broad). That audience, and access to it, makes them desirable targets for cultivation. PR firms serve as the cross-pollinators of this ecosystem. Their success is measured in the number of TV interviews set up for clients, the number of positive newspaper articles etc. The “journalist” bags a big get, everyone’s happy.

The relentless dynamic of the market does the heavy lifting, collapsing the range of views to those deemed desirable. We’ll never get Jeep to buy airtime if we’re talking war crimes! So Kissinger becomes an elder statesman. But everyone loves a reality-show train-wreck so let’s run Trump 24/7.

One to Many communication:

In the beginning there was Usenet

In the early 1990s, if you wanted a good pie-fight, Usenet is where you went. Venues for many-to-many communication are as numerous as snowflakes in a blizzard today. But the game is the same. Radically different views are presented, the more radical the better. No matter how banal your observation, someone, somewhere, will find you and let you know they don’t agree. The range of possible views is expanded.

Anonymity or pseudo-anonymity changes the type of information produced. Considered judgement rendered by pundits is not highly valued. Perhaps rightly so, those sonorous tones are so often just a cover for group-think. Feedback is ubiquitous. So the standard bearer’s claim that candidate A was not an active participant in Civil Rights is undercut by footage showing young candidate A being arrested at a civil rights protest five decades ago. Another standard bearer accuses candidate A’s supporters of shouting “English only”, within hours video is up contesting the claim. Democracy in action, E Pluribus, cacophany.

Many to Many communication:

Political coverage in the mainstream media thrives on “respect”.

Respectable opinions are aired. We expect everyone to respect each other. Respectable people are covered. Respectable ideas are presented and outlandish ideas are laughed off the stage. This is a value system that privileges the privileged.

Those who are molded by this world believe mastering it is the only way to move towards a better future. A respectable candidate is one who has gained the respect of the respectable media and will present respectable proposals to achieve respectable goals. They deliver the goods by respecting the process.

The new media, call it social, call it Usenet, is about challenge. You post something, I post something better. Someone says this person is worthy of respect and within minutes you will learn the many ways they have failed. The endless feedback loop ensures no spin will go unanswered. No plea for respect will go unchallenged.

And those who are molded by this world believe a better future can only be forged by challenging and therefore necessarily dis-respecting sacred cows.