Jamelle Bouie writes in the NYT about the exuberant, enthusiastic racism of Trump’s rallies. This is what defines the moment we find ourselves in, and the challenge we are faced with:

It is important to take history on its own terms. We shouldn’t conflate the past with the present, but we should also be aware of ideas and experiences that persist through time. A political rally centered on the denunciation of a prominent black person demands reference to our history of communal, celebratory racism. It’s critical for placing the event in context, and it can help us understand the dynamic between the president and his base.

If Trump has an unbreakable bond with his supporters, it’s because he gives them permission to express their sense of siege. His rhetoric frees them from the mores and norms that keep their grievance in check. His rallies — his political carnivals — provide an opportunity to affirm their feelings in a community of like-minded individuals.

“He gets us. He’s not a politician, and he’s got a backbone,” a woman who attended a recent “Women for Trump” kickoff event in Pennsylvania told The Philadelphia Inquirer. “He’s not afraid to say what he thinks. And what he says is what the rest of us are thinking.”

Keep that woman’s statement in mind. “He’s not a politician, and he’s got a backbone.”

Now, if you haven’t already read Adam Serwer’s excellent article in the Atlantic, you need to. It’s titled: Send Her Back: What Americans Do Now Will Define Us Forever. One of the points Serwer makes is this:

I don’t necessarily ascribe to this claim of American exceptionalism.  Despite its present government, I am hopeful that India can serve as a model, and one that is more acceptable to many across the world.

I am, however, in complete agreement with Serwer about the moment we find ourselves in within American politics, both in terms of the threat, and the hope.

Still, a plurality of Americans in 2016 and 2018 voted against defining American citizenship in racial terms, something that has perhaps never happened before in the history of the United States. There was no anti-racist majority at the dawn of Reconstruction, during the heyday of immigration restriction, or in the twilight of the civil-rights movement. The voters of this coalition may yet defeat Trumpism, if they can find leaders who are willing and able to confront it. […]

That is not a given. In the face of a corrupt authoritarian president who believes that he and his allies are above the law, the American people are represented by two parties equally incapable of discharging their constitutional responsibilities. The Republican Party is incapable of fulfilling its constitutional responsibilities because it has become a cult of personality whose members cannot deviate from their sycophantic devotion to the president, lest they be ejected from office by Trump’s fanatically loyal base. The Democratic Party cannot fulfill its constitutional responsibilities because its leadership lives in abject terror of being ejected from office by alienating the voters to whom Trump’s nationalism appeals. In effect, the majority of the American electorate, which voted against Trump in 2016 and then gave the Democrats a House majority in 2018, has no representation.

The electoral coalition that gave Democrats the House represents perhaps the strongest resistance to the rising tide of right-wing ethnonationalism in the West, yet observe what the party has done with that mandate. The great victory of the House Democrats has been to halt the Republican legislative effort to deprive millions of health-care coverage, a feat they accomplished simply by being elected. But over the past seven months, Democrats have proved unable to complete a single significant investigation, hold many memorable hearings, or pass a single piece of meaningful legislation that curtails Trump’s abuses of authority. Instead, they held their breath waiting for Robert Mueller to save them, and when he did not, they, like their Republican predecessors, took to issuing sternly worded statements, tepid pleas for civility, and concerned tweets as their primary methods of imposing accountability.“

Finally, it’s worth recalling how this week began, with the House under Pelosi’s leadership passing McConnell’s funding bill for the border camps without any conditions.

CPC leadership had invited Schumer to the meeting prior to the border bill blowup. His attendance, however, came at a time of serious internal crisis within the Democratic caucus, as House Speaker Nancy Pelosi has lashed out at the so-called Squad, the four Progressive Caucus members — Omar, Alexandria Ocasio-Cortez, Ayanna Pressley, and Rashida Tlaib — who voted against the bill and vehemently opposed its passage as complicity with the abuse of the adults and children held there.

Schumer, in response to questions, told the Progressive Caucus members that the Senate had always expected the House to pass a stronger bill, after which the two chambers would negotiate a compromise — either informally or through a conference committee. Instead, House leaders simply waved through the Senate bill without letting him know they planned to cave. Schumer “truly didn’t expect the House to pass the Senate bill unamended,” said one person in the room — a recollection that was confirmed by multiple others.

“He said he was surprised the House didn’t ask for a conference committee. It could have,” said another member in the room. “But he also gave a somewhat lame answer on Senate Dems actions.” — theintercept.com/…

And keep in mind what this episode demonstrates:

The president’s racist attacks on Omar and her colleagues were precipitated by Democrats leaking a poll of “white, non-college voters” supposedly showing that they might cost the party the House and the presidency. Having publicly told the school bully where and how to take their lunch money, the Democrats were surprised when he showed up. […]

The leadership of the Democratic Party has shown more appetite for confronting and rebuking legislators representing the vulnerable communities Trump has targeted most often than it has for making the president mildly uncomfortable. 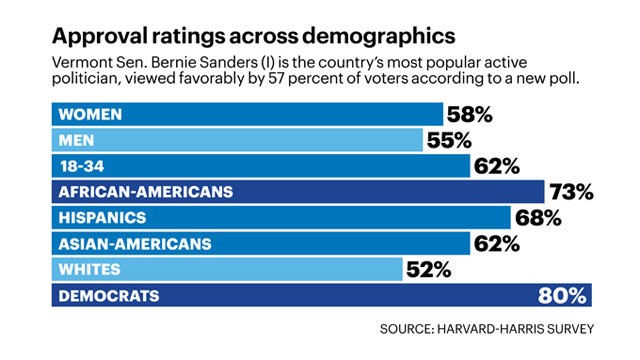