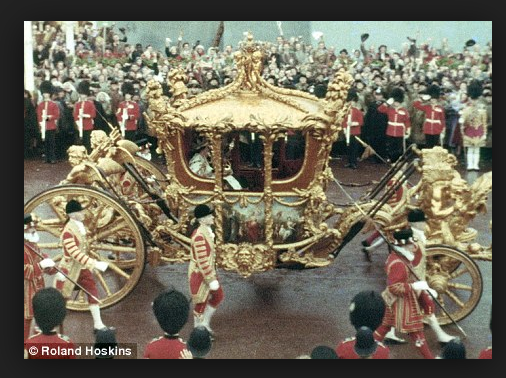 The New York Times published an article today with the headline:

Remarkably the NYT went with it though no one on the Sanders campaign said they were “willing to harm Hillary Clinton”, or even her presidential campaign. The article provides these quotes:

Tad Devine, a senior adviser to Mr. Sanders, said the campaign did not think its attacks would help Mr. Trump in the long run, but added that the senator’s team was “not thinking about” the possibility that they could help derail Mrs. Clinton from becoming the first woman elected president.

“The only thing that matters is what happens between now and June 14,” Mr. Devine said, referring to the final Democratic primary, in the District of Columbia. “We have to put the blinders on and focus on the best case to make in the upcoming states. If we do that, we can be in a strong position to make the best closing argument before the convention. If not, everyone will know in mid-June, and we’ll have to take a hard look at where things stand.”

This doesn’t come close to what the preceding text and the headline suggest. Devine is saying Bernie will continue to compete till the last primary is over. That they will not be deterred by subjective claims that competing in these primaries (you know engaging in politics) is going to derail the eventual Democratic nominee.

Here’s the other direct quote from the campaign in the article:

But Mr. Sanders has sharpened his language of late, saying Tuesday night that the party faced a choice to remain “dependent on big-money campaign contributions and be a party with limited participation and limited energy” or “welcome into the party people who are prepared to fight for real economic and social change.”

Mr. Sanders’s street-fighting instincts have been encouraged by his like-minded campaign manager, Jeff Weaver, who has been blistering against the Clinton camp and the party establishment. On Wednesday, he took to CNN to accuse Representative Debbie Wasserman Schultz of Florida, the Democratic national chairwoman, of “throwing shade on the Sanders campaign from the very beginning.”

“Street-fighting instincts”? WTF did I miss? Did Sanders’ come out and say “I want my corners”? Did he break out some Kung Fu? Did he tear off a bicycle chain with his bare hands and wave it around?

No, he’s saying pretty much what he’s been saying all along. We Democrats have no problem believing “regulatory capture” can happen. We have no trouble believing the Republican party is enthralled by the Kochs or Adelson or any number of other plutocrats we love to hate. But lord help the person who might suggest this could happen to our party.

That NYT headline was used in both print and online. As if that weren’t bad enough, a DailyKos Front Pager published a diary titled:

Sanders campaign admits it wants to hurt Clinton, even if that means helping Trump

An alarming new report from the New York Times details Sanders’ destructive ramp-up, explaining that the senator is now hoping to “inflict[…] a heavy blow on Hillary Clinton” and is “willing to do some harm to Mrs. Clinton” so that he might “arrive at the Philadelphia convention with maximum political power.”

the words in quotes are not from the Sanders campaign, they are NYT reporters’ words. No one said they “want to hurt Clinton”. But that’s not about to stop the DailyKos FP. This FP diary (which has been shared thousands of times on social media) makes a lot of claims cut from whole cloth.

There you have it. Sanders is flat-out “not thinking about” whether his efforts to hurt Clinton could aid Trump—he’s just going to “put the blinders on” and worry only about himself, not the national and global issues at stake. It’s an absurd and outrageous win-at-all-costs strategy: absurd because Sanders cannot even win, no matter what “power” he might grab hold of; outrageous because Trump poses an existential threat to this country—and to this world

Except, the NYT article being relied on has this paraphrase of a direct quote:

Tad Devine, a senior adviser to Mr. Sanders, said the campaign did not think its attacks would help Mr. Trump in the long run

which in an alternate reality, allows our DK FPer to claim:

Sanders’ campaign is now taking a scorched-earth approach toward its opponents—even if that means helping Donald Trump win the White House.

The diarist and the NYT headline/article authors are rushing to reach the conclusion that Bernie’s campaign won’t stop at “helping Donald Trump”. Nothing, not even the campaign saying they don’t believe this is the case will keep the NYT and the FPer in question from reaching their desired conclusion. And in this FPer’s mind, anything other than immediate and abject surrender by Bernie Sanders and his campaign would create “an existential threat to this country—and to this world”.

Then why not come out and suggest they be cancelled? Why bother with a convention at all? Why not simply declare Hillary Clinton the nominee? Why do we carry on this dangerous game of primaries and democracy if it poses such “an existential threat to this country—and to this world”? Wouldn’t we all agree that a coronation is the better option?